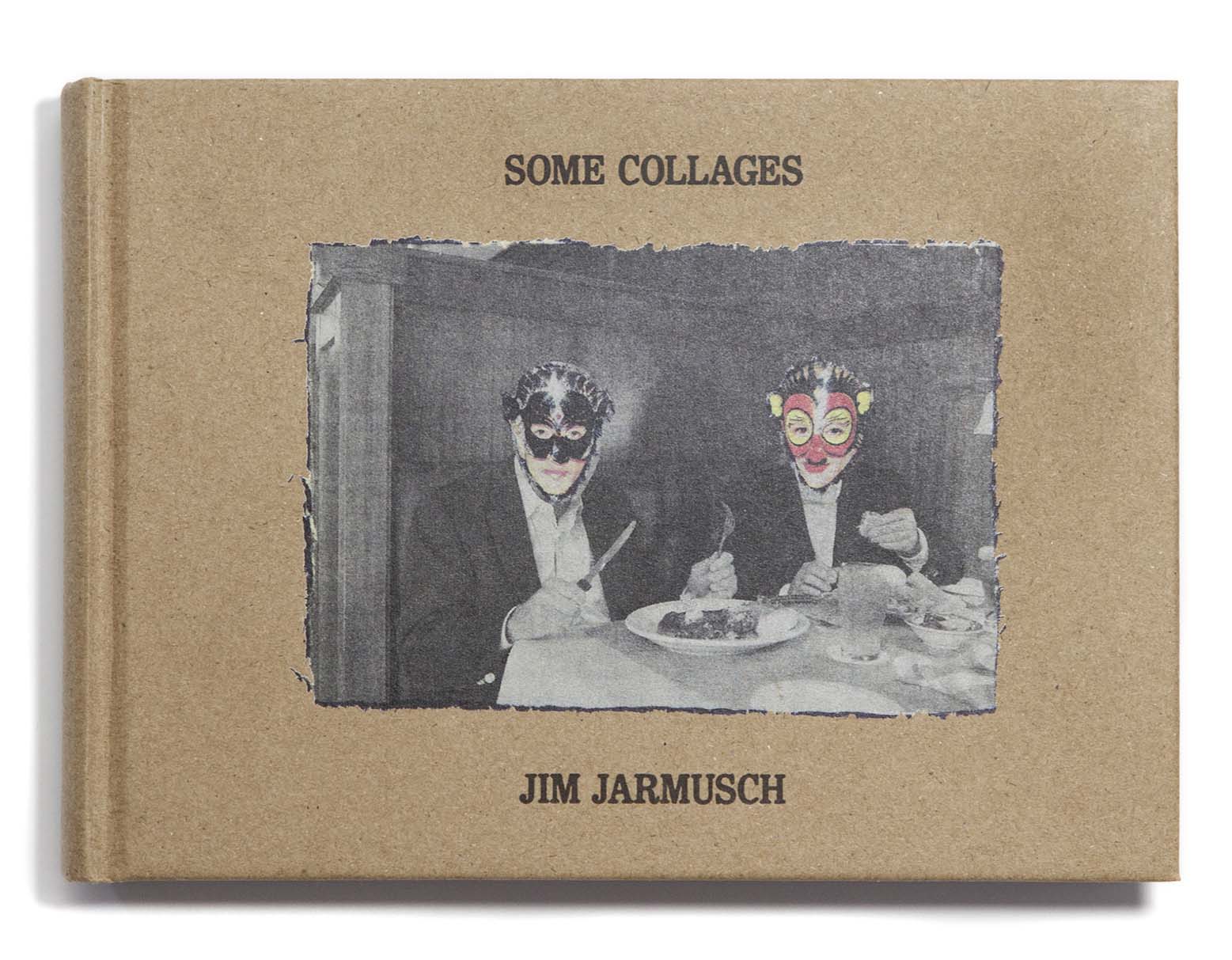 A new book from the omnipotent artist and cult filmmaker, Jim Jarmusch - Some Collages (published by Anthology Editions), features a foreword by Luc Sante, and a thoughtful essay by Randy Kennedy, and is set for release date is September 28,. Over the years, Jarmusch has added to his oeuvre, honing his collage art practice, producing hundreds of works using newspaper clippings layered on cardstock. He did this while on the road travelling, between takes when filming, in those nondescript hotel rooms when jetlag sets in.

In the monograph we find newsprint imagery cleverly and humorously ma nipulated, heads and faces are removed and replaced with juxtaposing or absurd imagery. The pieces not only pay homage to the documentation medium but are a reminder of how even the most mundane stock photography can be alternatively funny, scary and strange.

Although Jim Jarmusch is best known for his storied career in independent cinema, over the years he has produced hundreds of pieces of collage art, the majority of which has been rarely seen by the public. Drawing inspiration from the largest medium of cultural documentation—newspapers—Jarmusch delicately crafts each work by layering newsprints on cardstock. Doppelgänger Andy Warhols are posed in a vast tunnel not unlike the depths of the Large Hadron Collider, Patty Hearst’s mugshots drift across Edwardian portraits, and a man’s identity is disguised with a coyote’s head: maybe he was a celebrity, politician, perp, or all three. In Some Collages, these small-scale (notecard-size) pieces not only pay homage to the documentation medium but are a reminder of how even mundane images can be reconfigured into work that is alternatively funny, scary and strange.

Jim Jarmusch is a film director, writer, musician, producer, and artist. A prominent figure in independent cinema, his notable films include Stranger than Paradise (1984), Down By Law (1986), Dead Man (1999), Broken Flowers (2005) and Only Lovers Left Alive (2013). Some Collages is his first book of collage artwork.

Randy Kennedy is an American writer and curator. Born in Texas, he moved to New York City in 1991 and worked for twenty-five years as a writer for The New York Times, for much of that time covering the art world. For The New York Times and The New York Times Magazine he has written about many of the most prominent artists of the last fifty years, including John Chamberlain, Claes Oldenburg, Isa Genzken and Kerry James Marshall. His first novel, Presidio, was published by Simon & Schuster in 2018. He is currently director of special projects for the international art gallery Hauser & Wirth. He lives in Brooklyn.

Luc Sante is a writer and artist. A longtime contributor to the New York Review of Books, Sante has also been the film critic for Interview and Wigwag, photography critic for The New Republic, book critic for New York, a translator, editor, and professor, among many other roles. The recipient of numerous awards (including Guggenheim and Cullman Fellowships, an American Scholar Award for Best Literary Criticism, and a Grammy for Best Album Notes), Sante’s most recent book is Maybe the People Would Be the Times, published in 2020.