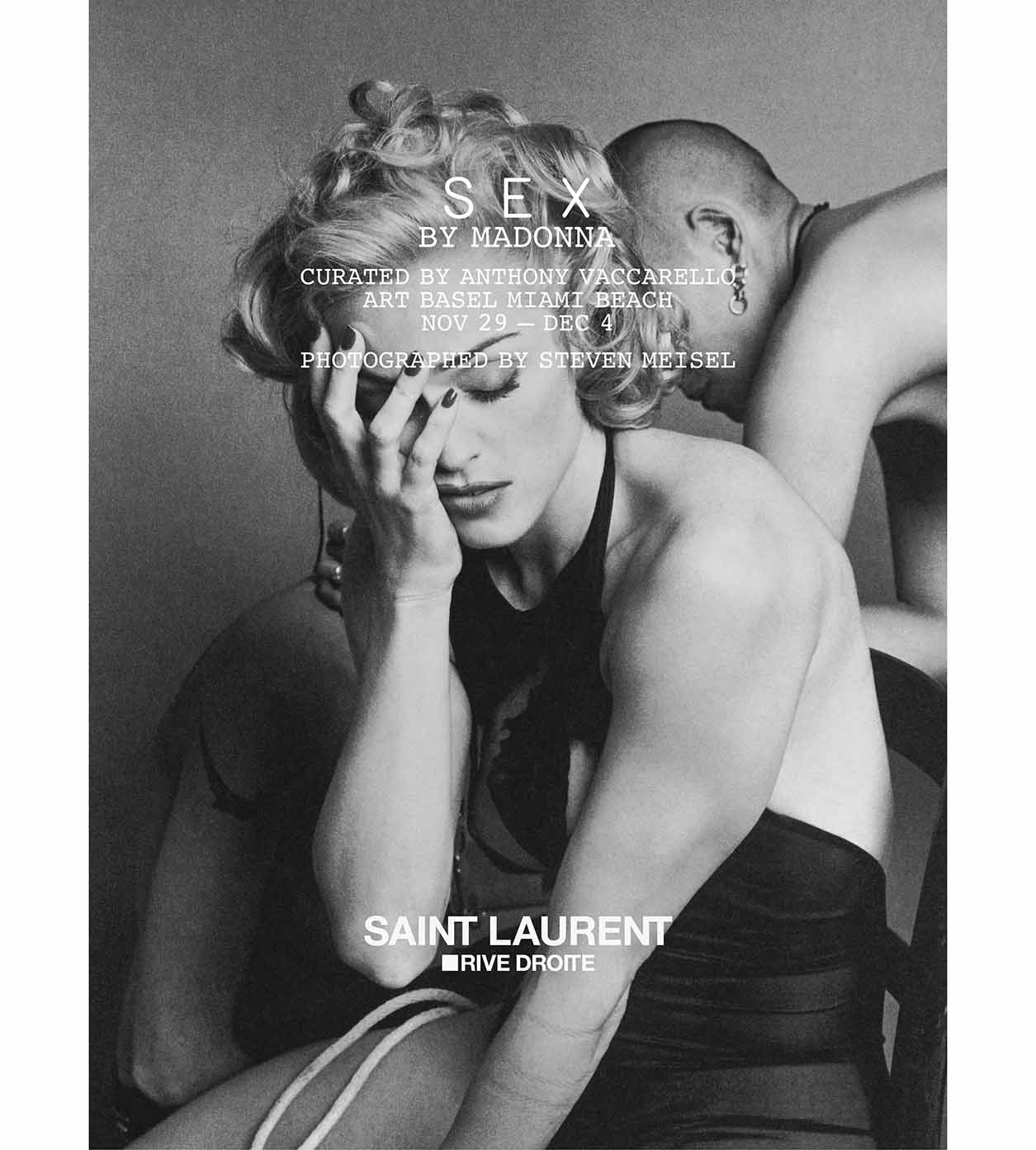 Saint Laurent confirms its presence at Art Basel Miami Beach with an exhibition planned and curated by Madonna and Anthony Vaccarello, to celebrate the re-edition by Rive Droite of Madonna’s groundbreaking book Sex published by Callaway.

Saint Laurent Rive Droite will present large-format images from the book during the contemporary art fair. The once-shocking now timeless photographs will be on view in a temporary beachfront box built especially for the occasion.
Upon its release in 1992, Madonna’s provocative book became a controversial sensation around the globe, due to its bold erotic content and liberated views of sexual self-expression. Envisioned by one of the most decorated musicians of all time, Sex contained indelible imagery by Steven Meisel as well as written text by Madonna. 30 years later, Sex remains a seminal artifact of culture and style, having paved the way for countless artists.

To mark the book’s lasting impact and special anniversary, Madonna and Anthony Vaccarello decided to accompany its re-edition by making Sex come alive on the walls of an ephemeral gallery. Large-format prints from the book will be shown in Miami for the first time. Saint Laurent’s re-issue is published by Callaway, New York in a bespoke run of 800 copies created exclusively for Saint Laurent by Anthony Vaccarello, of which a limited number will be signed by Madonna with proceeds benefiting the artist’s Raising Malawi charity via an auction in the upcoming months. T-shirts and tote bags will also be for sale at the exhibition.

The Saint Laurent beachfront gallery will be free to visit for anyone over age 18 from November 29 to December 4 (10 AM - 7 PM).