From the Keith Haring Foundation

From the Keith Haring Foundation 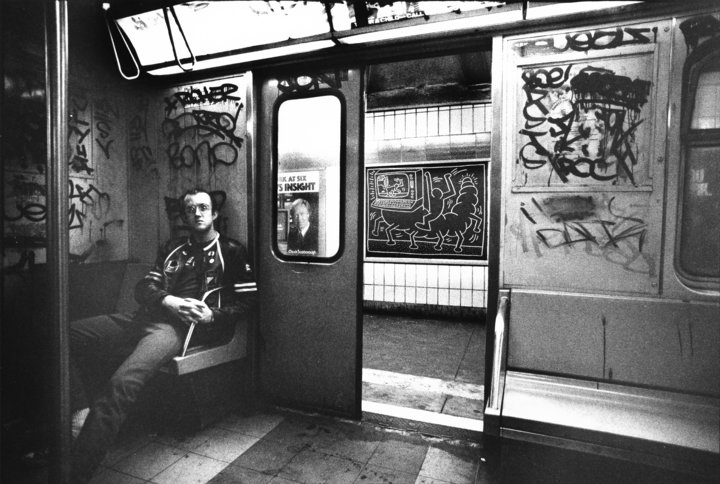 Between 1980 and 1989, Haring achieved international recognition and participated in numerous group and solo exhibitions. His first solo exhibition in New York.was held at the Westbeth Painters Space in 1981.  In 1982, he made his Soho gallery debut with an immensely popular and highly acclaimed one-man exhibition at the Tony Shafrazi Gallery. During this period, he also participated in renowned international survey exhibitions such as Documenta 7 in Kassel; the São Paulo Biennial; and the Whitney Biennial. Haring completed numerous public projects in the first half of the 80’s as well, ranging from an animation for the Spectacolor billboard in Times Square, designing sets and backdrops for theaters and clubs, developing watch designs for Swatch and an advertising campaign for Absolut vodka; and creating murals worldwide.

In April 1986, Haring opened the Pop Shop, a retail store in Soho selling T-shirts, toys, posters, buttons and magnets bearing his images. Haring considered the shop to be an extension of his work and painted the entire interior of the store in an abstract black on white mural, creating a striking and unique retail environment. The shop was intended to allow people greater access to his work, which was now readily available on products at a low cost. The shop received criticism from many in the art world, however Haring remained committed to his desire to make his artwork available to as wide an audience as possible, and received strong support for his project from friends, fans and mentors including Andy Warhol.