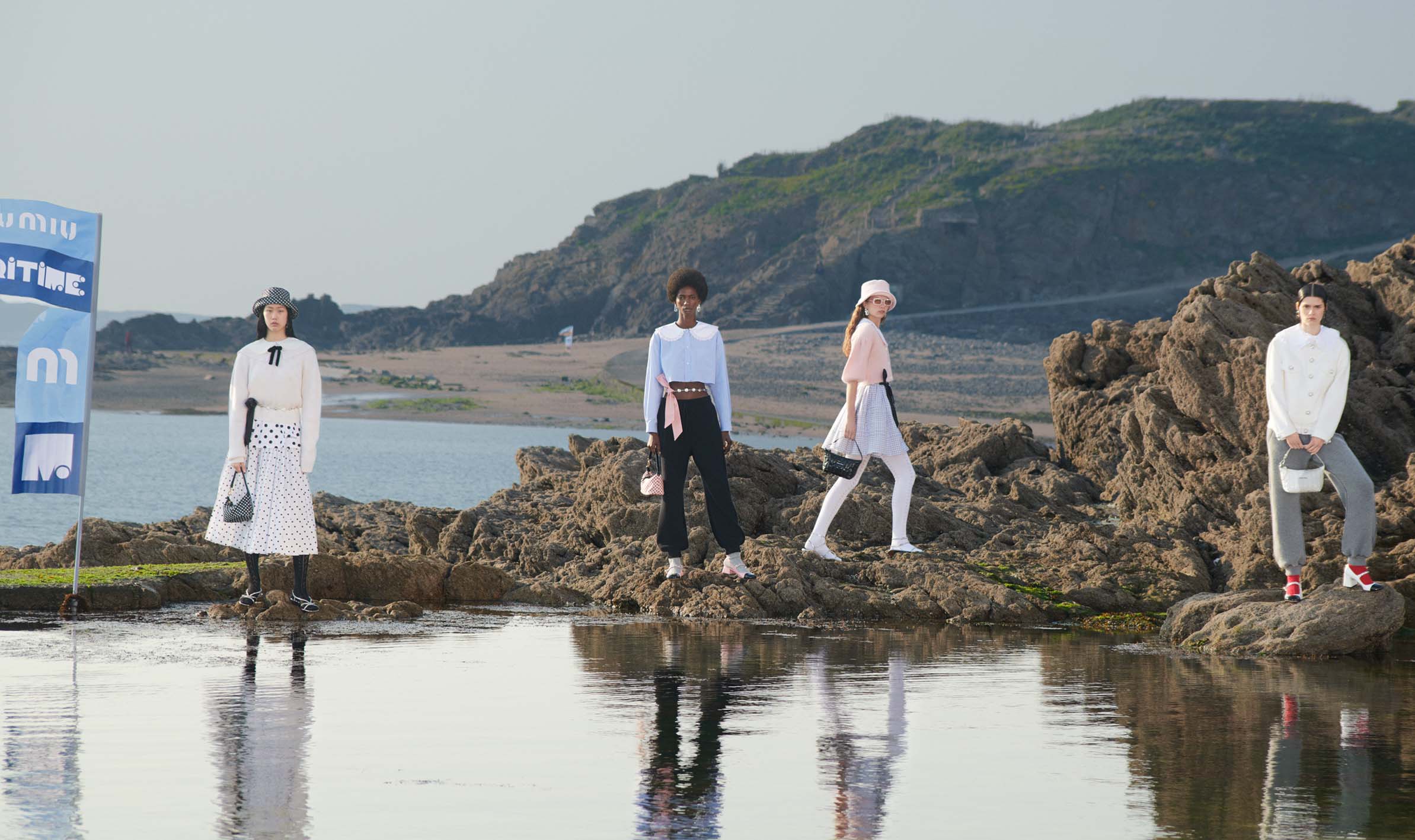 Exploration, excitement, a voyage to new territories. Miuccia Prada toys with all the characteristics of a nautical atmosphere - colours, insignias, attitudes - to create a Miu Miu Maritime collection, refracting these archetypal and classic sartorial gestures into unexpected new forms.

Silhouetted against twin expanses of blue - the sky and the sea - the Miu Miu crew of feminine sailors are captured by Johnny Dufort, poised on the concrete ramparts of the Plage de Bon-Secours at Saint Malo - a bathing pool jutting into the sea, man meeting nature. At this point of embarkation, where land meets water, this Miu Miu crew gazes out to the distance in anticipation - of a new beginning, a different season, a different perspective, broadened horizons. As ever, these Miu Miu women are part of a collective, a group - here, they are a fleet, an admiralty, their clothing unifying them, signifying their bond.

Maritime speaks of possibilities - the commencement of a journey. The coastline is not the end of the land, but rather marks the start of something new.