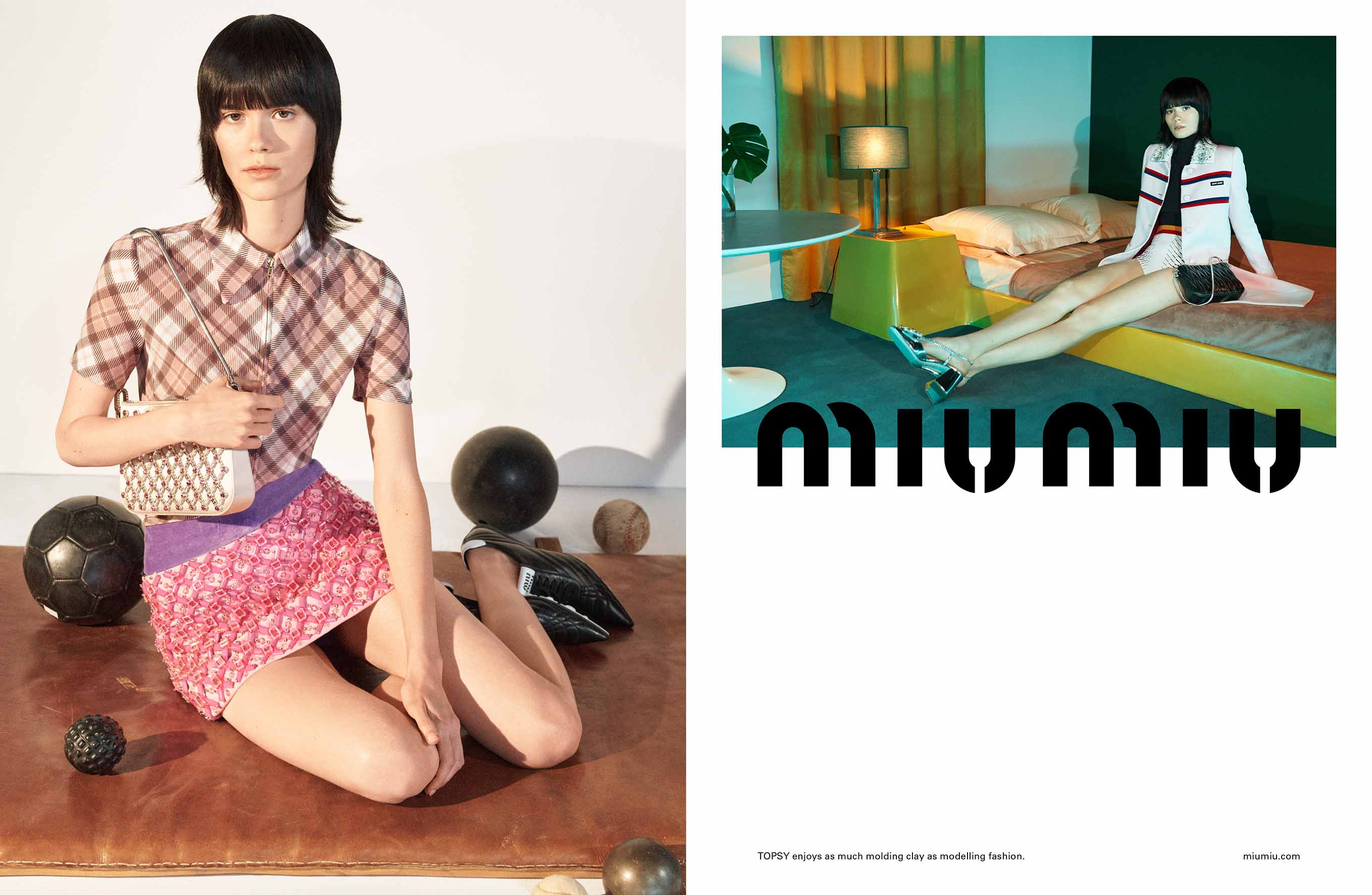 A community of nonconformist and idiosyncratically individual women form the cast of MIND MAPPING, the MIU MIU Spring/Summer 2021 campaign photographed by STEVEN MEISEL.

ALLISON is primarily a painter, but also works with objects, posters and installations. CHLOÉ is currently attempting to obtain her pilot license. EMMA is an actor known for her portrayal of a princess in a popular streaming series. KELSEY LU began studying musical composition at the age of 6, learning to play piano, violin and cello. TOPSY enjoys molding clay as much as she does modeling fashion.

Ordinary domestic interiors frame extraordinary women: the enigmatic and multifaceted British actor Emma Corrin; the manifold Canadian multimedia artist Allison Katz; the internationally acclaimed American singer and classical multi-instrumentalist Kelsey Lu; and intriguing models Chloé and Topsy. Each is showcased in a pair of portraits, representations of their innate individuality - one posed and poised, the other personal, as if every sitter is captured at home in her imaginary bedroom setting. Different sides, of the same women.