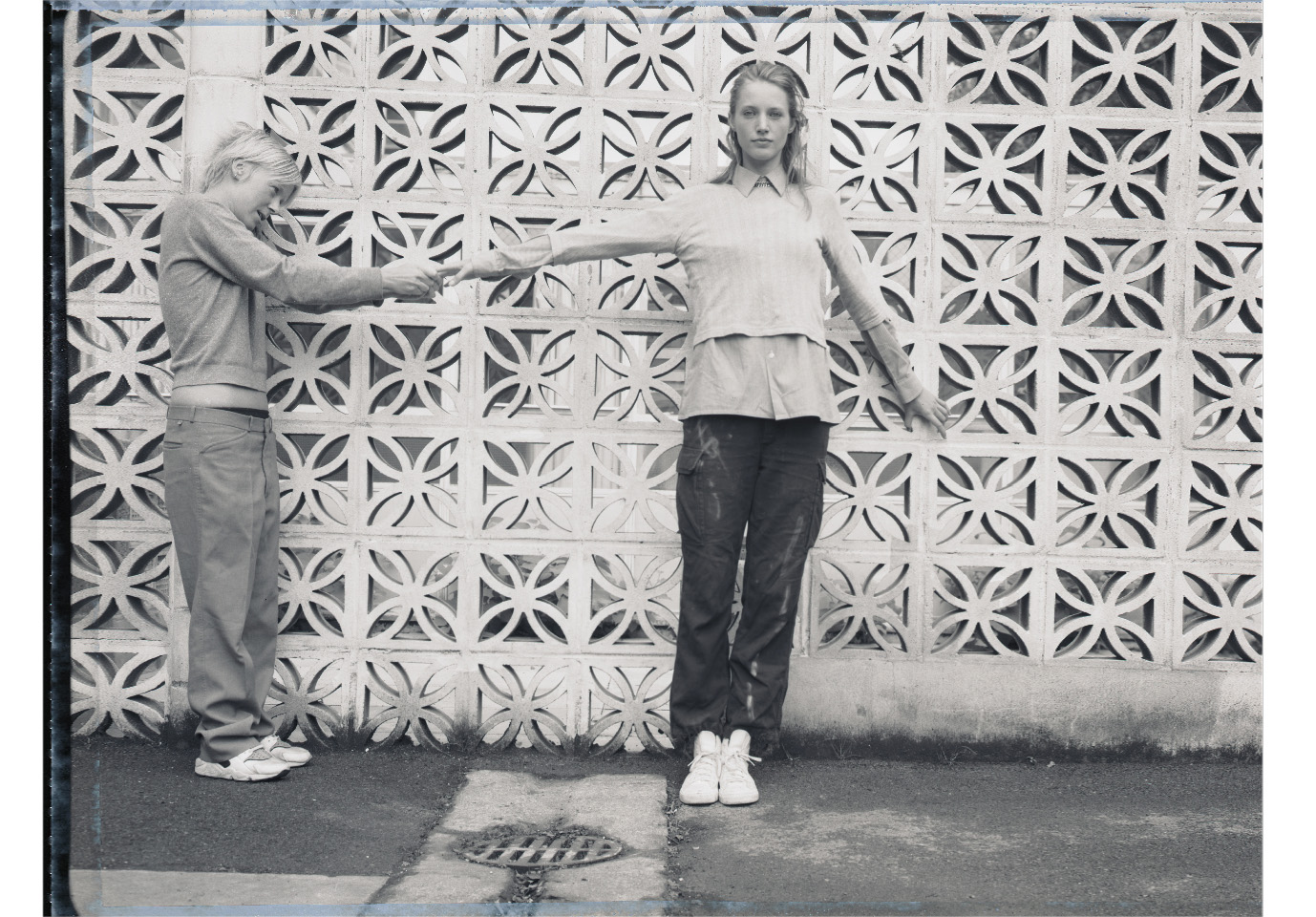 Shafran first became known for radicalizing fashion photography in the 1980’s and early 1990’s. He since crossed over to independent practise, from the world of fashion photography. He approaches the social and the contemporary in his work through close and intimate observation of the things and the people closest to him. Shafran’s work was hugely influential on a generation of fashion photographers and although he still works commercially he withdrew from the world of fashion soon after these following images were made. Over the past 20 years he has, instead, created work of a more personal and often domestic nature. He has self-published several books, with an intimate focus on members of his immediate family and their environments: Ruthbook (about his partner), Dad’s Office (his father) and Flowers for (his son). He also produced a series of intimate photographs on the mundane subject of washing up. More recently he republished early works in Teenage Precinct Shoppers : published by Dash Wood. A look back to 1990, with much revered bracingly simple and subtle black and white portraits. Shafran’s Charity Shops series is part of an ongoing exploration of this ‘ordinary London’. The high production values of this work together with the artist’s deep interest in the commonplace, has led to the creation of melancholic portraits of people and places. With Special Thanks to Nigel Shafram and MAPltd.