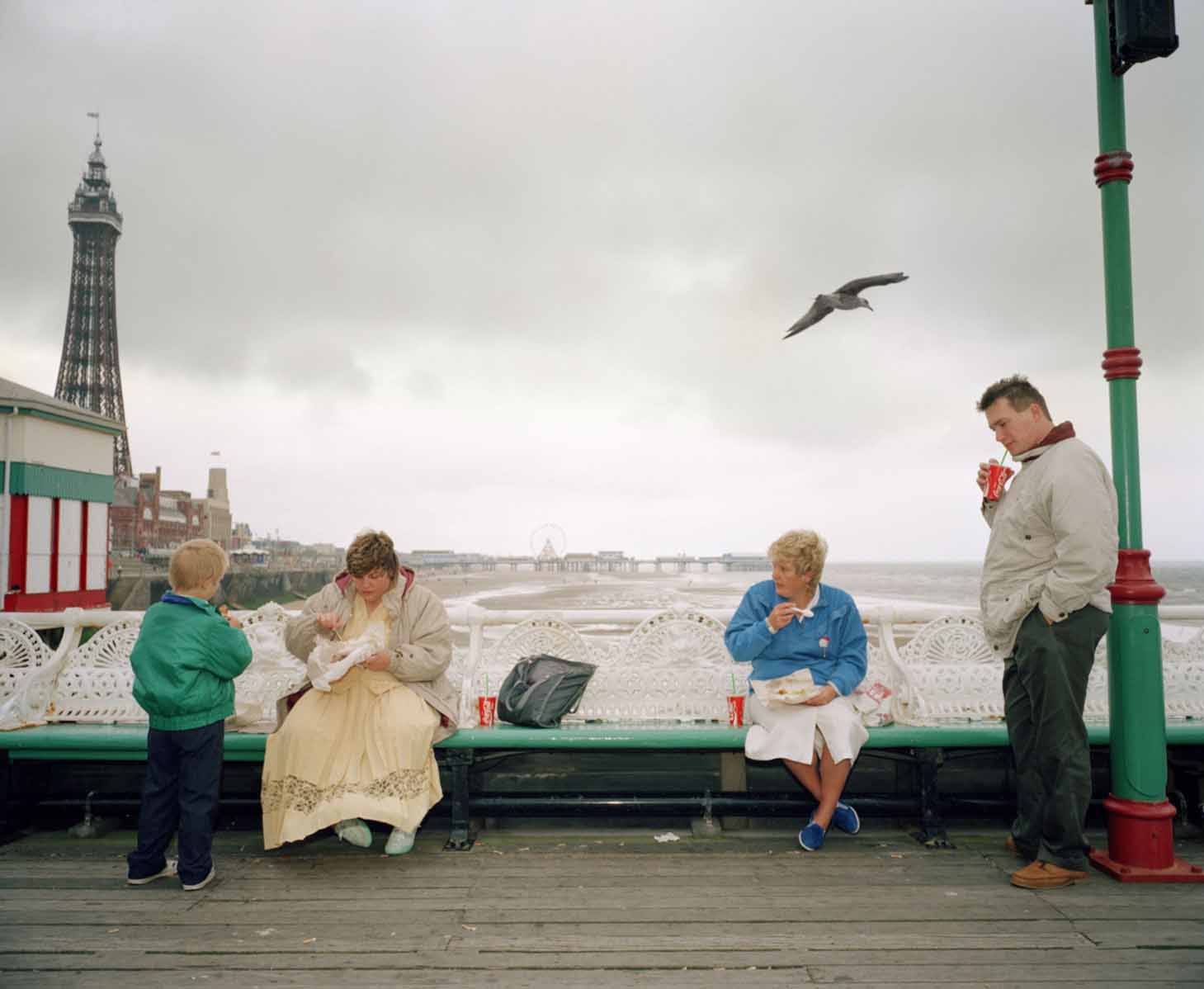 Open at the Henri Cartier-Bresson Foundation through February 12, the show sews the perspective gap between the two masters of photography through their respective documentation of Northern English society

When Martin Parr joined Magnum Photos in 1994 his admission was met with profound scepticism. What had the Epsom-born photographer possibly done to antagonise none other than Magnum co-founder Henri Cartier-Bresson?Some might wonder. For the French street photography pioneer who had made of a humanist approach to the medium his signature style, the answer could be found in Parr’s “cruelly mocking eye”; the same eye through which he looked at and documented the world around him, starting from the small-town reality of England that served as the main subject of his many world-famous visual stories.

‍“We belong to two different solar systems,” Cartier-Bresson told Parr in 1995 after reviewing his latest series, which left him unimpressed. As a matter of fact, the Chanteloup-en-Brie-born image-maker believed that “all people share common experiences and should therefore be photographed with empathy and solidarity”: a perspective that, diametrically opposed to Parr’s – whose work has always thrived off the outlandish and caricature-like depiction of his co-nationals – initially prevented Cartier-Bresson from even looking at his English colleague as a fellow image-maker, let alone as a friend.

Still, Parr’s sharp-cut retort was not long in coming. “I acknowledge there is a large gap between your celebration of life and my implied criticism of it… What I would query with you is, ‘Why shoot the messenger?’” the photographer objected. Throughout the years, the two, who eventually managed to resolve their initial conflict, were always very open about their contrasting professional views. However, what none of them knew was that, 18 years on since Cartier-Bresson’s departure, Parr would realise that their only-at-first-glance irreconcilable visual practices were – and are, to this very day – two sides of the same coin.

Drawing on this premise, Reconciliation, a new exhibition running at Paris’ Henri Cartier-Bresson Foundation until February 12, juxtaposes the work of the two influential Magnum photographers in a captivating exploration of their respective gazes. With a focus on Cartier-Bresson and Parr’s documentation of “Northern English society at work and at play”, the showcase breathes new life into the archives of the image-makers to expose what, after all, makes the two trailblazing photographers more similar than one might think.

Central to the exhibition is Cartier-Bresson’s never-seen-before Stop laughing – This is England: a photographic series that, commissioned as part of a film shot by Douglas Hickox for British television station ITV/ABC in 1962, provides viewers with an insightful, entertaining portrait of the English living in the country’s industrial north across Blackpool, Liverpool, Manchester and Sheffield. To everyone’s surprise, including Parr’s own, those images and the related commentary “bear an unsettling resemblance to the much-maligned work of Martin Parr, published in The Last Resort in 1986, some 24 years later,” reads a statement released ahead of the opening of the show, which took place at the foundation on November 4.

Featured alongside original prints from this body of work are the raw materials for Hickox’s film, Martin Parr’s book The Last Resort and Black Country Stories, one of the photographer’s earliest commissions which, dating back to 2009, saw the visual artist travel across Northern England to capture how, quoting Cartier-Bresson’s own words, “England is the most exotic place in the world”.

Speaking of Henri Cartier-Bresson’s long-lost stills and the written materials that come with them, François Hébel, outgoing director of the Henri Cartier-Bresson Foundation and former bureau director of Magnum’s Paris office, says that those “are Martin Parr 25 years before, except it’s in black-and-white and Henri is looking for things which are more of his concern, and he’s probably less frontal than Martin,” and adds that such an unexpected rediscovery was “quite an amazing coincidence”.

Juxtaposed with each other in an enticing game of contrasts and comparisons and exhibited in a cohesive collection of black-and-white and colourful scenes, the 50 photographs belonging to the French humanist photographer and the 50 taken by the English image-maker par excellence prove how, “though their way to approach it was different, they got interested in the same thing”, Hébel explains. Reflecting on his dated quarrel with Cartier-Bresson and on the surprising resemblance between his documentation of the English seaside and Parr’s own visual study of it, the British photographer admits that “there’s more overlap than you’d ever imagine, but that wasn’t very evident back in the day”.

‍And if it is hard to tell what the French photography pioneer would think of such an improbable parallel, at least the images on display at Reconciliation speak for themselves.

‍Reconciliation is open at the Henri Cartier-Bresson Foundation, Paris, through February 12, 2023