Tough Luck- The Instagram page is a glimpse of liberation 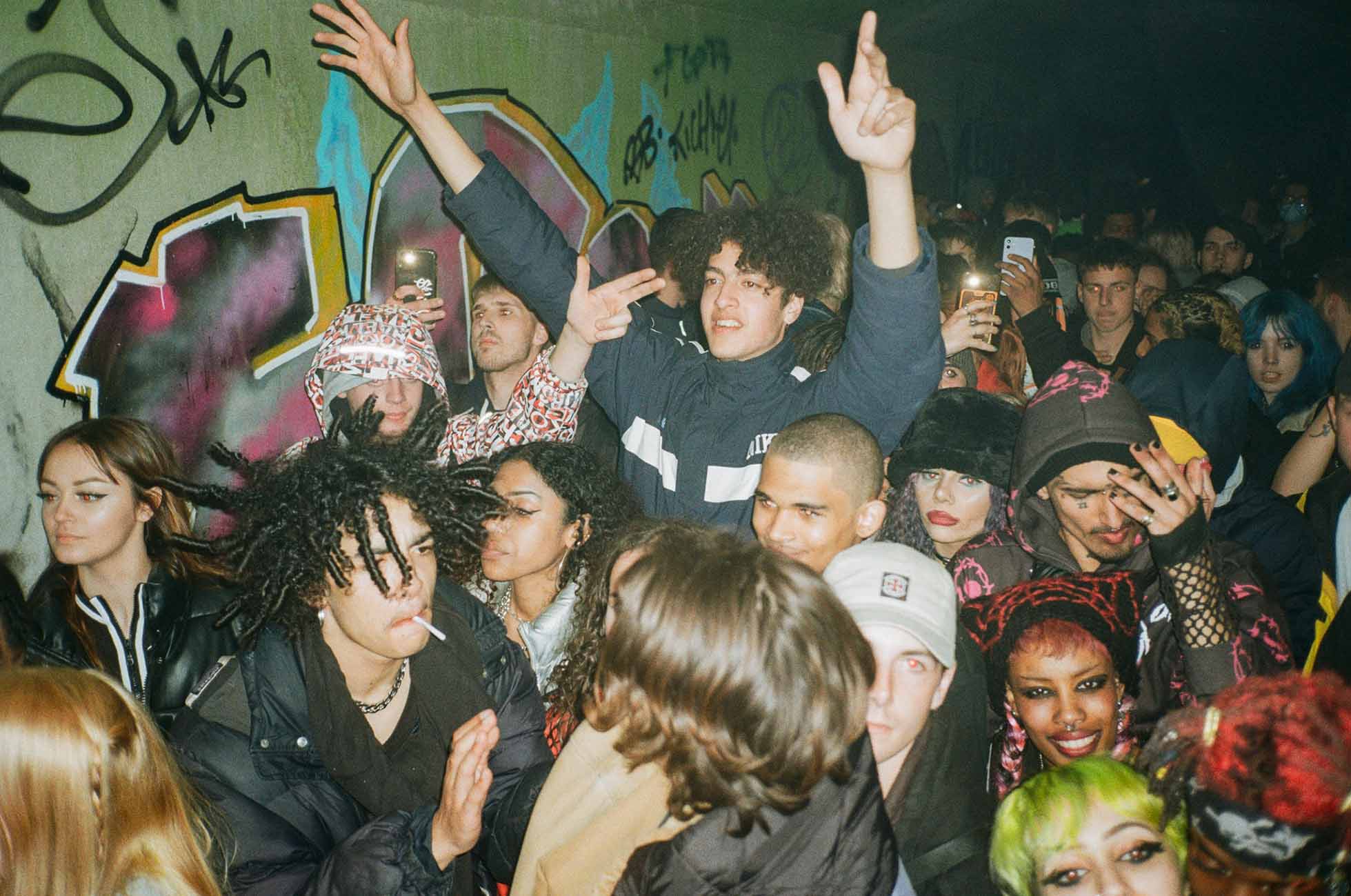 Going through Instagram, you may see the feed where people grind their bodies, share smoked cigarettes, raise cans and cups of alcohol that someone has already sipped on, groove to the blast of electronic music, and free their animal and wild spirit until sunrise. Every image feels liberating, the epitome of ‘stepping outside our comfort zone.’ You are invited to this party. Welcome to Tough Luck.

Jordan Taylor originally thought of posting the film photographers he likes, but soon shifts towards the rave culture. “There was no real conscious decision to transition into rave culture photography. I think it was more of the fact that I was drawn in and had more of a connection with the photos. I’m a huge fan of rave culture and electronic music, and I’m a regular at events in Newcastle and have put on a few of my own raves of my own. So, as I started to share more images of what I specifically liked, it turned more rave-focused,” the Tough Luck founder tells Re-Edition.

Rave culture owes its beginning to the emergence of techno and house music that evolved into dance parties around the 1980s. It is secretive in nature to restrict exposure to the authorities, often taking place after-hours. Only invited people or friends of friends know when and where the party will happen, usually sent out during the night of the party. Because of the secrecy surrounding the culture, it is often seen as an underground movement.

“I think the present rave culture is better than ever especially in the UK,” says Jordan. “After almost two years without the clubs being open, people have missed that atmosphere of being in there with your mates, having a laugh and listening to electronic music. There’s also a real sense of togetherness these days. Everyone wants to support each other. Whether that be your mates on the warm-up set at an event or running a club night themselves, there’s a real idea of community.”

Jordan’s page has amassed over 37,000 followers and is always open for submissions (just DM him). His reverence for the rave culture has resulted in the release of the A5-sized booklet Tough Luck - Nowt Daft. The 44-page publication features photographers from around the world who captured the youth, underground, and rave culture. “The booklet wasn't set in stone when I first started Tough Luck. I think it was just more of a natural progression of the page,” says Jordan. “I’m an avid collector of photography books from all different types of photography, so I wanted to make one that I’d be proud to have in my own collection and on my own coffee table. I wanted to focus more on rave culture for the booklet and got in touch with some amazing photographers from around the world that have previously featured on my page, whose images really give you a glimpse of this really cool underground scene.”

In one of the images, James Baroz photographed his friend Coda’s punk-rock hairstyle at a Vietnamese restaurant turned into a music venue after hours. “Showing off your hair, clothes, jewelry, tattoos, and piercings come with going to raves. Being whoever you are and wearing whatever you want is freeing. These spaces are so special. No one cares,” he tells Re-Edition. Whenever James is at a rave party, nothing else matters to him. “You feel a part of something bigger. It used to be every weekend, getting ready with friends, going out, staying up until 4am, and then going to class and work the next day. Getting through the week each week knowing you can dance it all away with your friends was something so special to me - it was a ritual. It’s all from the music, the artists, friends, people opening their spaces for everyone else. After your first rave, you just want to go again and again and I’m patiently waiting to be there again,” he says.

Cinshot echoes the same feeling. He documented a free party taking place in Brecon Beacons National Park in Wales, shot in the early hours of the morning during sunrise after an hour and a half walk into the depths of the location through hilly terrain. Another image was taken at a woodland daytime rave in the Great Missenden area while the DJ was playing her set between the trees, a release from the four walls and into nature. The featured photographer tells Re-Edition how he gets a sense of excitement and happiness whenever he steps into a house party. “I feel that this is a result of the music played and the people who attend. Depending on the type of rave, the vibe can vary, but with everyone sharing a common love for the music, the attitude is usually extremely friendly, and there’s very little to no antisocial behavior that I’ve witnessed,” he says.

Speaking of nature, Lia Antolcic climbed a tree at a rave party in Jura Forest to capture the free-flowing groove of the people from above. “It was such a magical moment to be able to observe this crowd in motion. This picture also represents the values and emotions I try to transmit through my work as a photographer: the movement and the purity of the present moment,” the featured photographer tells Re-Edition. She embraces freedom and gratitude whenever she loses herself to the music of the rave spell, “so grateful to see the sun rising above the sound system, so grateful for all those moments of freedom.”